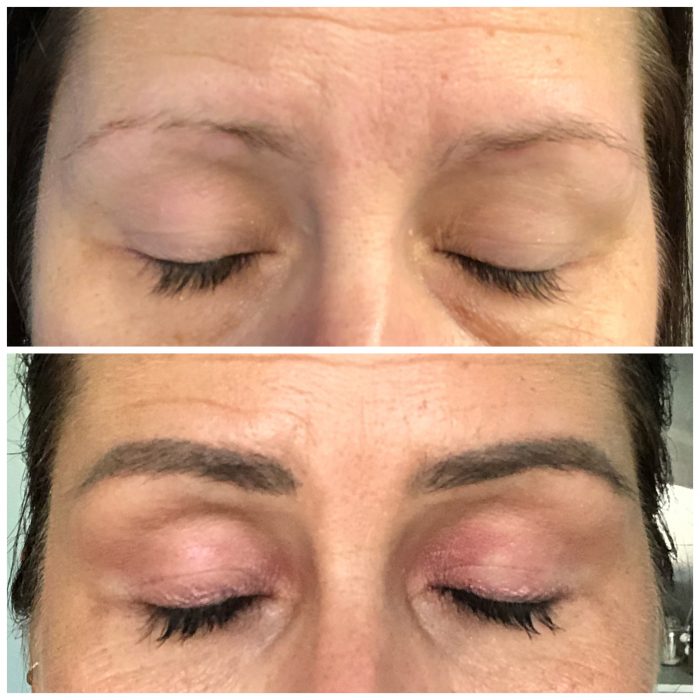 I have been wanting to get microblading done for over a year but was afraid to do it because of all the horror stories and pictures I have seen. I did a lot of research, I mean a lot! We have a lot of people in the panhandle offering microblading services so it took me awhile to decide to go to Sara at Florida Microblading. She has the best reviews around here and I loved her work. I had very little brow hair to start with and one of my brows was lower then the other. Sara and I talked about bringing my lower brow up to match the other one rather than just following my natural brows. I am so glad we did! It makes such a difference in my appearance. It took an extra touchup for me to get the brows that I wanted. It didn’t seem like the pigment and my skin were cooperating much. LOL. I also had her go a little darker on the second touchup. I did freak out a little right after I got them done because I wasn’t used to seeing brows that were so perfect! It took me a little bit to get used to them. Now everything is healed and I love my new brows! She doesn’t numb on the first pass but it didn’t really hurt. After the first pass she numbs you and you don’t feel anything. The most pain I felt is when she plucked some of my hairs when she was finished. If you are on the fence on getting microblading done don’t be Sara will make your brows look beautiful!